A stop off  after our hike up malham cove to stainforth force waterfall.  A gem of a place and well worth a visit.  The bridge dates from 1675 and is an old packhorse bridge.  You will find a car park with public toilets just follow the beck and make your way west towards the Waterfall 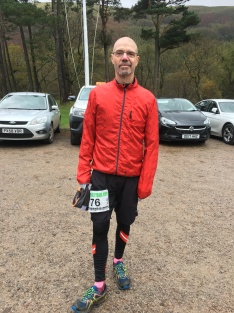 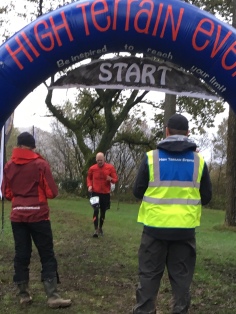 After some dreadful weather over the lakes due to storm Brian, it was a shame that they had made a slight detour on the route and missed out the best bit anglers crag however it put a mile or so on the total distance. During the event we had worse weather than last year the wind howled at 40mph and near to the bottom of the lake it rained on us. A great race over some very rough tracks including numerous bogs. Hopefully will be back next year and try again. in the end i come 18th out of 99 runners.

Another trip booked through Viator into Bosnia and Herzegovina. First we had to cross the border twice going from Croatia, this is a laborious process but must be done as we are out of the EU. It takes a little while to get there and a lot of the countryside makes for sad viewing seeing all the old house burnt and blown up from the war. We arrived at a checkpoint then its a walk downhill down to the falls itself. There were a few people swimming in the clear cold water and I would like to see it in the winter, today the temperature was in the 30’s.

Kravica waterfall, often erroneously called Kravice, is a large tufa cascade on the Trebižat River, in the karstic heartland of Herzegovina in Bosnia and Herzegovina. It is 10 kilometres (6 mi) south of Ljubuški and 40 kilometres (25 mi) south of Mostar.[1] Its height is about 25 metres (80 ft) and the radius of the lake in the base of the waterfall is 120 metres (390 ft).[2] Kravice is a popular swimming and picnic area and, during the summer, it is frequently visited by tourists from Mostar, Medjugorje and Dubrovnik.

The Kravica Falls area also has a little cafe, a rope swing, a picnic area, and a place to camp.[3] The best time of year for visiting is during the springtime when the fall is at its fullest and the arid landscape turns a bright green.[4] During the high season, various restaurants in the vicinity of the waterfalls mostly offer grilled dishes and fish specialties.[5] Near the Kravica Falls is also a small grotto with stalactites made of calcium carbonate, an old mill and a sailing ship.